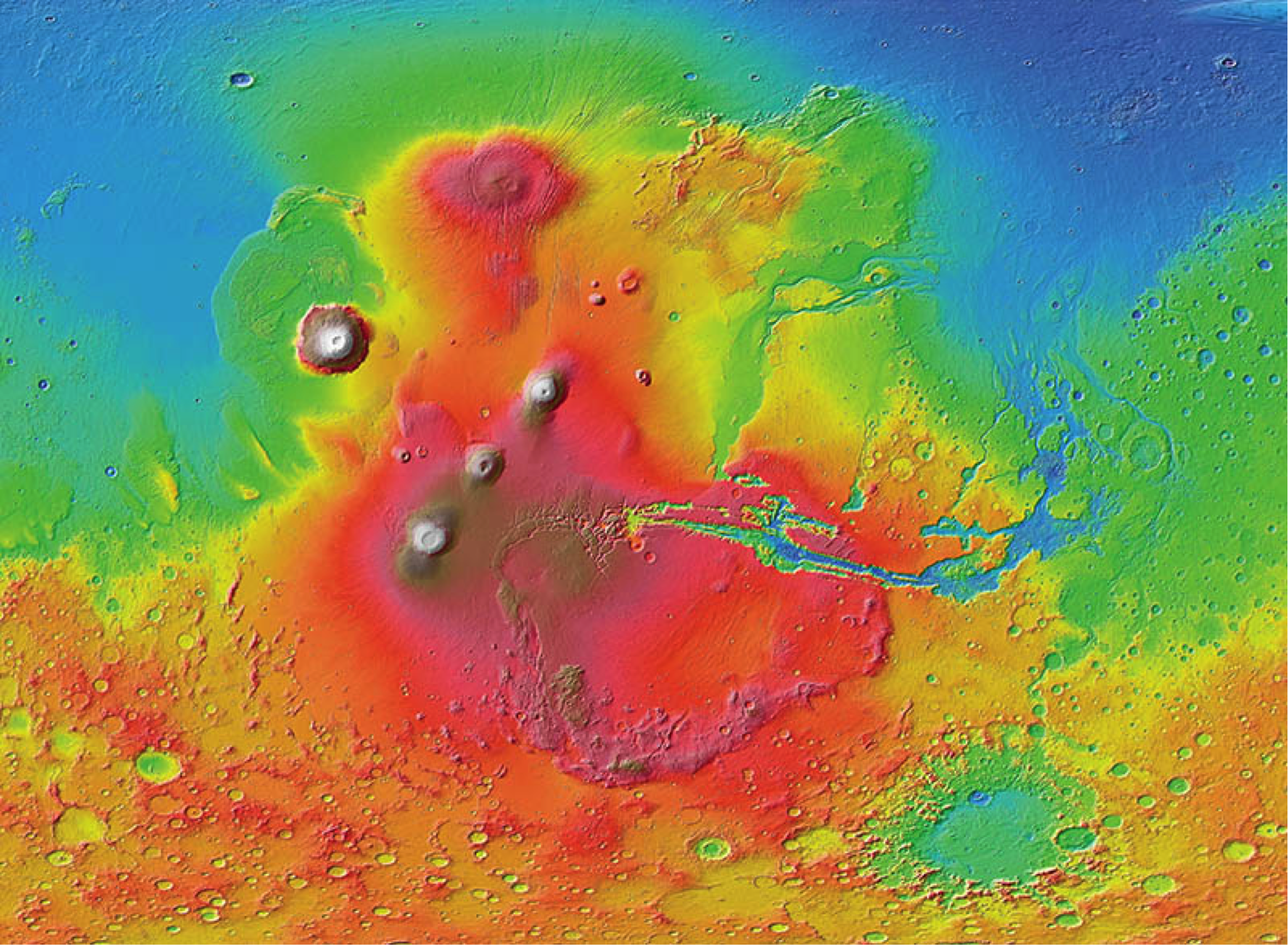 Few people can claim that their children learned to walk in the forests of Yosemite National Park.  Professor An Yin, who has spent much of his 26 years at UCLA conducting fieldwork in Tibet, the Himalayas, and California, can.  Having spent his graduate career investigating remote areas of Glacier National Park, Yin’s mountaineering experience equipped him for the challenging Asian fieldwork and tectonic research that earned him the Donath Medal from the Geological Society of America. “It was a frontier in an area that was not explored before, despite it being on Earth,” said Yin. “Knowing almost nothing about this large area, I tried to make a synthesis.”  Nowadays, Yin spends less time in Tibet and the Himalayas, making only two trips a year, usually to drop off graduate students to conduct their own fieldwork.  Instead, he has directed his interest toward the fledgling field of research known as planetary geology.

In 2008, Yin began applying his Earth geology expertise to landscapes he observed on other planets. “Having limited data to create a tectonic story in large areas of Asia gave me the know-how to explore planet-related problems,” Yin said. “The process turns out to be quite similar.” In his early days of Tibetan research Yin used satellite images to estimate locations of faults before going into the field; similarly, he uses satellite images to understand planetary geology from afar.  Images today, however, provide more clues about the geology.  “High-resolution images have revolutionized mapping and geologic interpretation,” said Yin. “We still can’t determine composition, but we can say for certain how much and in what manner a feature is offset from its original position.”

To explain the features he observes on Mars, Yin has developed a theory that invokes a one-plate tectonic system.  Unlike Earth, which has 15 major tectonic plates that move continuously and are responsible for forming mountains and oceans, Mars has only one plate that moves very slowly.  Moving at a pace 1000 times slower than those on Earth, Mars’ tectonic plate produces  plate-boundary features like volcanoes and faults that materialize in a relatively small area and grow very large.  Maps of Mars show that almost all its prominent features are confined to just one-third of the planet.  Among these features are the colossal Tharsis Montes, three volcanoes so large they could fit 32 of Earth’s three-mile-high Andean volcanoes into the volume they occupy.

Although Mars’ features are grander, they share many characteristics with Earth’s terrain.  This observation led Yin to contemplate the underlying processes that create the two planets’ surfaces.  For not only Mars, but for many planetary bodies, the differences in these processes may be the result of their individual “evolutionary paths,” said Yin.

Piecing together the story of how a planet’s geology has changed over time requires Yin to use all the resources at his disposal. “The problem with planetary geology is that you see a static image,” he said, “the history is harder to show.”  One way of revealing the history is by observing it.  In Yin’s laboratory, he and his graduate students design sandbox experiments to reveal how faults, mountains, and valleys develop.  While these experiments are intended to mimic natural conditions, they do not represent the exact history of any process, and act more as a guide to help determine whether their basic assumptions are correct.

From these experiments, Yin has determined that the histories of Mars and Earth are quite similar, differing only in their rates of evolution.  “Mars is smaller and has less heat, so the driving engine is not as powerful as Earth’s,” said Yin.  Although Mars and Earth appear to be quite similar, other planetary bodies may have very dissimilar evolutionary paths.

Yin’s newest foray into planetary science involves Enceladus, an icy moon of Saturn.  He interprets the famous “Tiger Stripes” that periodically eject water vapor from its south pole as a product of the movement of the moon’s icy shell, and prefers to call them “Horsetails,” after a Himalayan feature they so closely mimic.  While Yin can decipher portions of Enceladus’ history from its surface features, it remains unclear whether there is a global or localized ocean beneath the icy surface. “This is an actively debated subject,” said Yin, “but for now I can only tell the story of what happened.”

From the otherworldly geology he’s studied thus far, Yin has learned that “the planetary world is something that defies common sense in many respects.  We have an idea of how a planet should develop and what it should look like, and we find exception after exception after exception.” Yin hopes that his continued interdisciplinary approach to planetary geology will result in observing “overlapping parts of commonality” between planets that could reveal more about planetary evolution as a whole.

Watch a video profile of An Yin here.  Learn more about his research here.