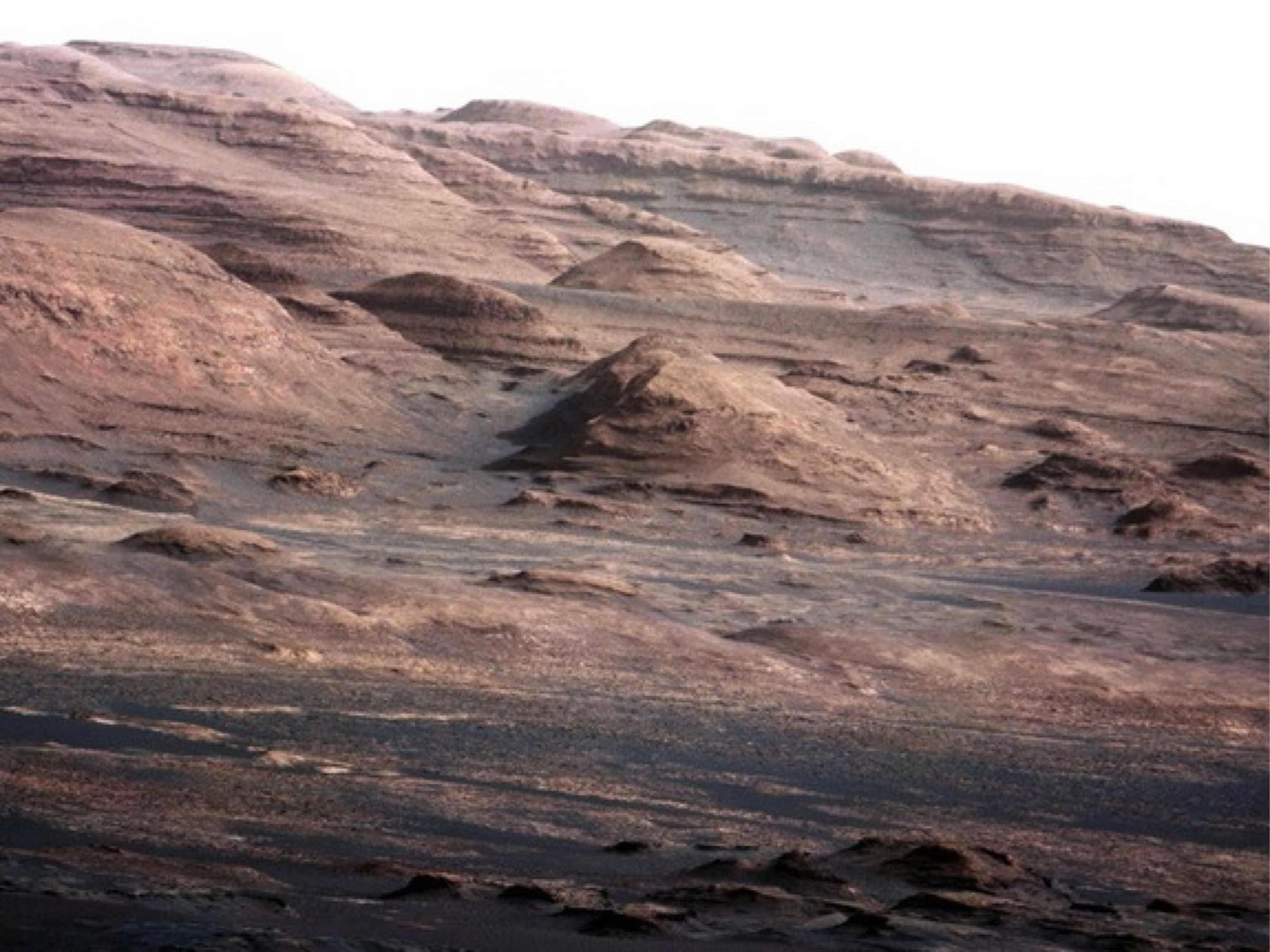 As Deputy Project Scientist of NASA’s Mars Science Laboratory, Ashwin Vasavada works with other mission scientists at the Jet Propulsion Laboratory in Pasadena, CA to decide where the Curiosity rover will next travel on Mars.  Vasavada, who received a B.S. in Geophysics and Space Physics from UCLA in 1992, describes what it is like to command a rover on Mars and gives advice to aspiring planetary scientists.

What inspired you to study planetary science and Mars in particular?
The late 1970s and early 1980s are sometimes referred to as the Golden Age of planetary exploration.  NASA landed its first spacecraft on Mars, and the twin Voyagers began a ‘grand tour’ of the outer solar system.  I remember being fascinated as a young kid by the pictures from these missions, especially those taken from the surface of Mars, as if one were standing right there and looking out at eye level.  It was amazing to me that there were entire other worlds out there, exotic, but yet familiar, with rocks and soil and sky.  Even though I grew up with the space shuttle, I never wanted to be an astronaut.  It was these robotic probes that really took my imagination.

What has been the most exciting part of working on the MSL mission?
After ten years working on MSL, I’ve had practically every emotion.  There’s a deep satisfaction in working with a group of talented people who are at the top of their game.  JPL has the best engineers around, and they give it their all to help us scientists conduct our experiments on other planets.  In 2008, we had to make the difficult decision to delay our launch by two years.  The complexity of the rover was proving too challenging for our schedule, and Mars only comes around every two years for a launch.  That was tough, but fortunately NASA stuck with it.  Given all the great media coverage, you might think I would say that the landing was the most exciting.  But actually, the moment I will never forget is the launch of Curiosity from Cape Canaveral.  Only then, staring at this massive rocket and hearing it thunder to the sky, did I fully grasp that we little humans were hurling a one-ton emissary to another planet.  And my family and close friends were there with me, watching along.

What is your favorite image returned by Curiosity so far?
Probably my favorite images are the distant panoramas of Mt. Sharp, the 3-mile-high mountain that is the main scientific target for Curiosity.  It’s a gorgeous mountain, with canyons carved into its slopes by wind and water.  The foothills form layered buttes, like the badlands in the Dakotas.  You can follow ancient stream beds uphill until they wind around some corner between sheer walls.  If we’re fortunate, we’ll be there in a year or so, dwarfed by those hills.

What was your best experience at UCLA?
Attending UCLA couldn’t have worked out better for me.  Like many students, I wasn’t exactly sure where I was headed when I arrived.  I chose UCLA because, of the schools that gave me admission, it alone excelled in both the sciences and the arts.  I was seriously contemplating a career in music back then, and UCLA gave me the chance to continue to perform alongside music majors while studying science.  Grad school at Caltech was five years locked in a laboratory, so I’m so grateful that at UCLA I had the classic college experience–weeknights studying hard, then playing in the marching band at the Rose Bowl on Saturday!

What advice would you give to aspiring planetary scientists?
Probably my favorite piece of advice is to not let the ‘planetary’ distract from the ‘scientist’.  Many young scientists want to immediately join the current, big mission, almost like running away to the circus.  And like the circus, it’s exciting, but somewhat career-limiting!  My advice would be to find a research topic you love, maybe even in Earth science, since that’s often where the state of the art resides.  Dive into it for graduate school and a few postdocs, and let NASA come knocking on your door to ask you to join the next mission, because you’re now the expert.  Stay focused on being the best scientist you can be.