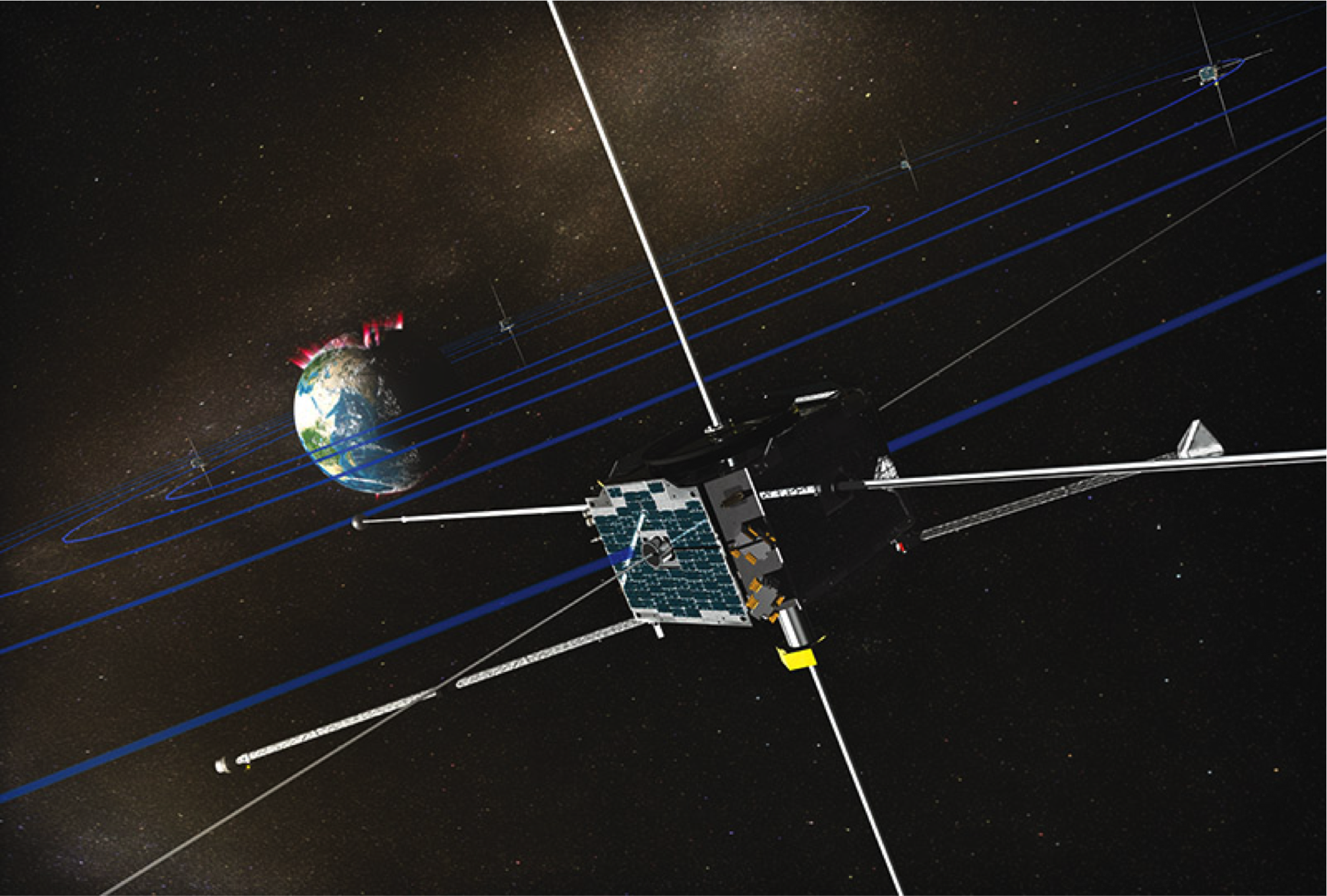 The Sun is a veritable force in our solar system.  It emits a tremendous amount of heat and energy, called the solar wind, which constantly blows and buffets the planets at a velocity almost two thousand times faster than the average jet plane.  Akin to an invisible shield, the Earth’s magnetic field deflects most of the solar wind, but it happens often that the magnetic fields of the Earth and Sun briefly and directly come into contact with one another.

When the fields connect, part of Earth’s magnetic field “peels away from the sunward side and drapes around the back of the planet,” said sixth-year graduate student, Christine Gabrielse.  The backside of Earth’s magnetic field, or magnetotail, is “squeezed from the outside as a result of the peel back,” she said.  Eventually, two points on the interior of the Earth’s magnetic field meet in what is called a near-Earth reconnection, releasing a great deal of energy that flows toward Earth.  “These powerful phenomena, known as substorms, can create more than picturesque auroras”, Gabrielse said. “They can damage spacecraft or astronauts, or even ground-based systems.”  On March 13th, 1989, one such storm caused a legendary power outage in Canada’s Quebec province that left more than three quarters of a million people without power for nearly twelve hours.

While scientists had studied substorms for years, many questions remained regarding these space weather events.  Proposed by UCLA Professor Vassilis Angelopoulos, NASA’s Time History of Events and Macroscale Interactions During Substorms (THEMIS) mission was designed to answer some of these questions.

Launched in February 2007, the mission consisted of five identical satellites deployed to critical locations around Earth.  Unprecedented at the time, THEMIS allowed scientists to track the flow of energy around Earth and determine how and where substorms initiate.  “The spacecraft gave us five pinholes in the magnetic curtain we are trying to see through,” said Drew Turner, an assistant researcher at UCLA working on the THEMIS mission.

From their unique orbits, engineered to simultaneously provide five key perspectives of the vast space environment, the spacecraft quickly solved the questions they’d set out to answer. “In 2008, THEMIS repeatedly showed that reconnection happens in the magnetotail first, activating a substorm,” said Gabrielse.  With its primary goal accomplished, THEMIS set new objectives.  Splitting the satellites into two groups, three continued to orbit Earth, while two were sent to the Moon as a ‘new’ mission called Acceleration, Reconnection, Turbulence and Electrodynamics of the Moon’s Interaction with the Sun (ARTEMIS).  “The extension to ARTEMIS was quite miraculous,” said Turner.  “The spacecraft were not equipped with the ability to maneuver out of their orbit.  The THEMIS engineers and operators sent satellites to the Moon by way of tiny puffs of rocket fuel.”

Using “the most comprehensive plasma instruments we’ve sent to the Moon,” the two ARTEMIS satellites are now busy determining the rock types on its surface, said Turner.  The satellites detect small variations in the Moon’s particle and electric fields allowing them to distinguish between different materials.  “It’s a natural way of detecting surface composition from afar,” said Turner.  In addition, the satellites are improving substorm research by studying the Earth’s space environment from their entirely new viewpoint near the Moon.  “With the two spacecraft at the Moon we can test what’s happening on the other side of the reconnection,” said Shanshan Li, a fifth-year UCLA graduate student.  “We can start to form a three-dimensional substorm model of Earth’s space environment.”

The THEMIS satellites that have remained in orbit around Earth are “scientific goldmines,” according to Turner.  Coordinating observations with the Van Allen Probes, a pair of recently launched NASA satellites, they were able to detect a previously unknown layer of charged particles surrounding Earth.  Turner said, “in a huge and complex system, my bread and butter is combining as many satellites’ data as I can to get as complete a global picture as possible.”

With the Sun approaching a period of increased activity, the media have begun to report space weather more often.  “It’s good to see that society is taking an interest,” said Turner. “We’ve become increasingly dependent on space-based assets,” said Turner. “Even something as simple as using an ATM will most often result in a satellite-relayed signal at some point.” Since large space storms can have huge societal impacts, it is important to be able to see them coming.  “Just like meteorologists want to be able to forecast a storm on Earth, we want to be able to predict a storm in space,” said Gabrielse. “Ultimately, our aim is to determine what’s going on in the Sun-Earth environment and try to better understand it.”