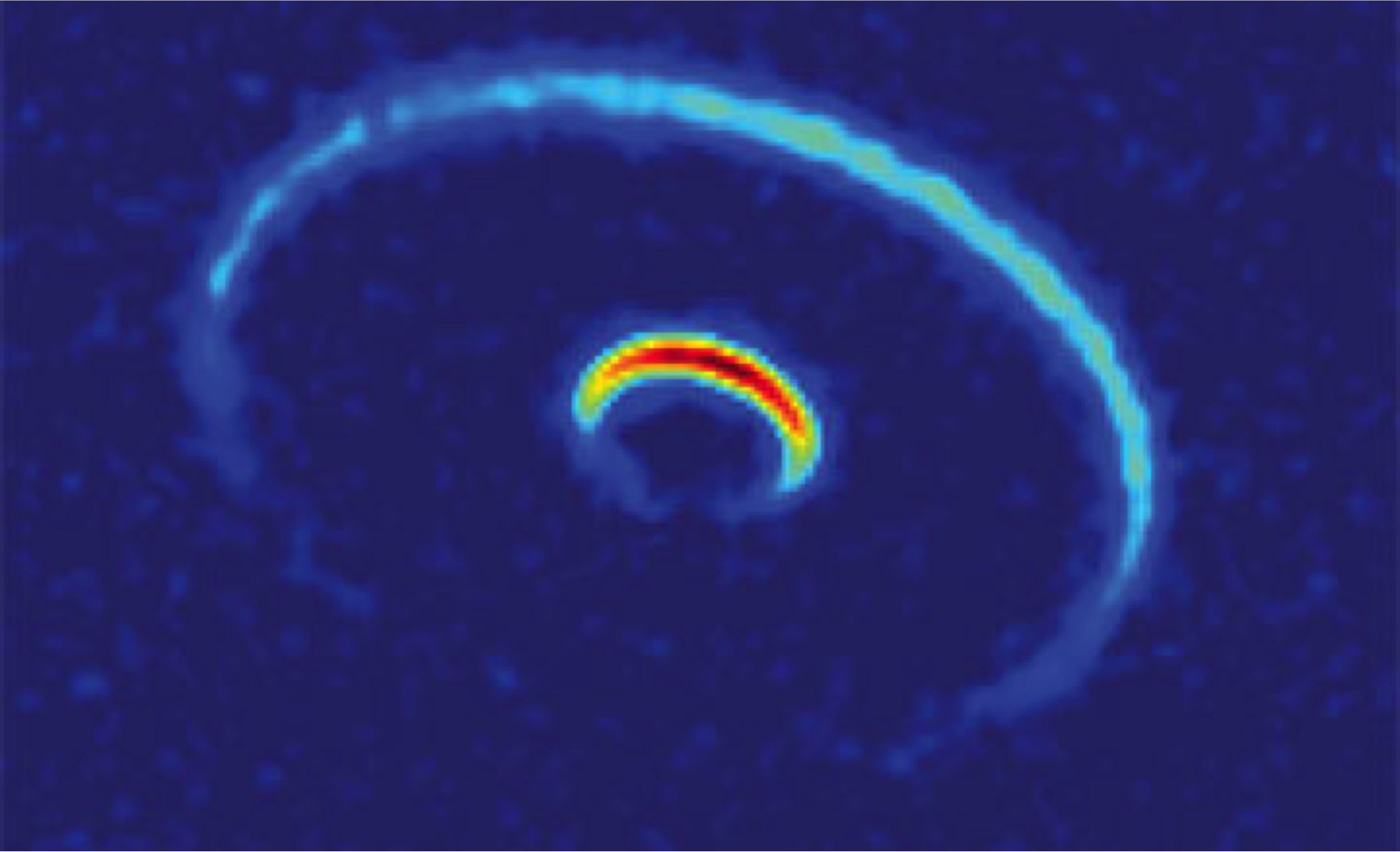 Scheduled to go online at the Gemini South Observatory in Chile in late 2013, GPI will be able to detect planets in newly formed systems where traditional detection methods would be likely to fail.  Sensitive at infrared wavelengths, GPI targets young planets, which are warmer than their more evolved counterparts in other systems. “When planets form they are initially large and are slowly contracting, releasing their gravitational energy in the form of heat and cooling off as they get older,” Fitzgerald said.  “We need to look at young systems because that’s when their planets are warmest and therefore brightest in the infrared.”

Using a method based on pioneering work by UCLA Professor Ben Zuckerman, the GPI Exoplanet Survey Team has identified and catalogued over 900 nearby young stars that are promising candidates for planet imaging.  They hope to image 600 of these stars and expect to find roughly fifty new planets.  The type of planets most likely to be revealed by GPI are Jupiter-sized gas giants that formed less than one hundred million years ago and are located many Earth-Sun distances away from their parent star.

But the search won’t be easy.  “Stars are a million times brighter than the planets we are looking for, and these are the biggest and brightest planets that we expect to see,” Fitzgerald said.  The GPI experiment utilizes several state-of-the-art innovations to image these elusive planets including a special coronograph that blocks out light from the parent star in order to make the planet more easily visible, and a unique deformable mirror that helps to compensate for atmospheric distortion.

The best picture astronomers can hope for will show an extrasolar gas giant as a single point of light.  “The planet will not be spatially resolved,” Fitzgerald said.  “We’ll see a dot.”  Yet the GPI instrument can glean a surprising amount of information from a tiny speck of light.  Fitzgerald and his colleagues will be able to analyze the composition of these far-off planets using a spectrograph built by UCLA Professor James Larkin, and perhaps even more importantly, they’ll be able to directly image their associated circumstellar disks.

“A lot of these systems are young – the planets have only recently formed and there are a lot of leftover planetesimals which collide and produce debris disks,” Fitzgerald said.  Scattered light from the dusty cloud surrounding the star has a distinct polarization signature that can be separated from the unpolarized starlight by using special filters.  “If we just look at the intensity of the polarized light, the dust jumps out,” Fitzgerald said.  The shape and position of stellar disks around new stars may help scientists like Fitzgerald better understand the formation of our own solar system.  “There is a lot of diversity in the debris disks we see.  Some of them are rings, some are very extended, a few show interesting asymmetry, and some are even offset from the star due to gravitational perturbations from a planet,” Fitzgerald said.  The structure of dusty disks may also provide clues about the orbital dynamics of distant planets.  “The highlight for the Gemini Planet Imager will be looking at the systems where you have both a disk and a planet, because you can immediately put constraints on the orbit of the planet,” Fitzgerald said.  “If you see a nice, symmetric disk, you wouldn’t expect a planet to be plowing through it.”

Fitzgerald, who came to UCLA in 2010, is also collaborating with scientists at NASA’s Jet Propulsion Laboratory in Pasadena, California to develop a way to make precision radial velocity measurements using infrared rather than visible light.  He hopes the technique will help to find planets around young, energetic stars that are too active to yield accurate results in optical wavelengths, and low mass stars which are optically faint.  Fitzgerald has enjoyed forming new interdisciplinary collaborations in his search for extrasolar planets as a member of iPLEX.  “Having iPLEX and integrating all of the departments in terms of exoplanet studies is definitely the way of the future,” he said.