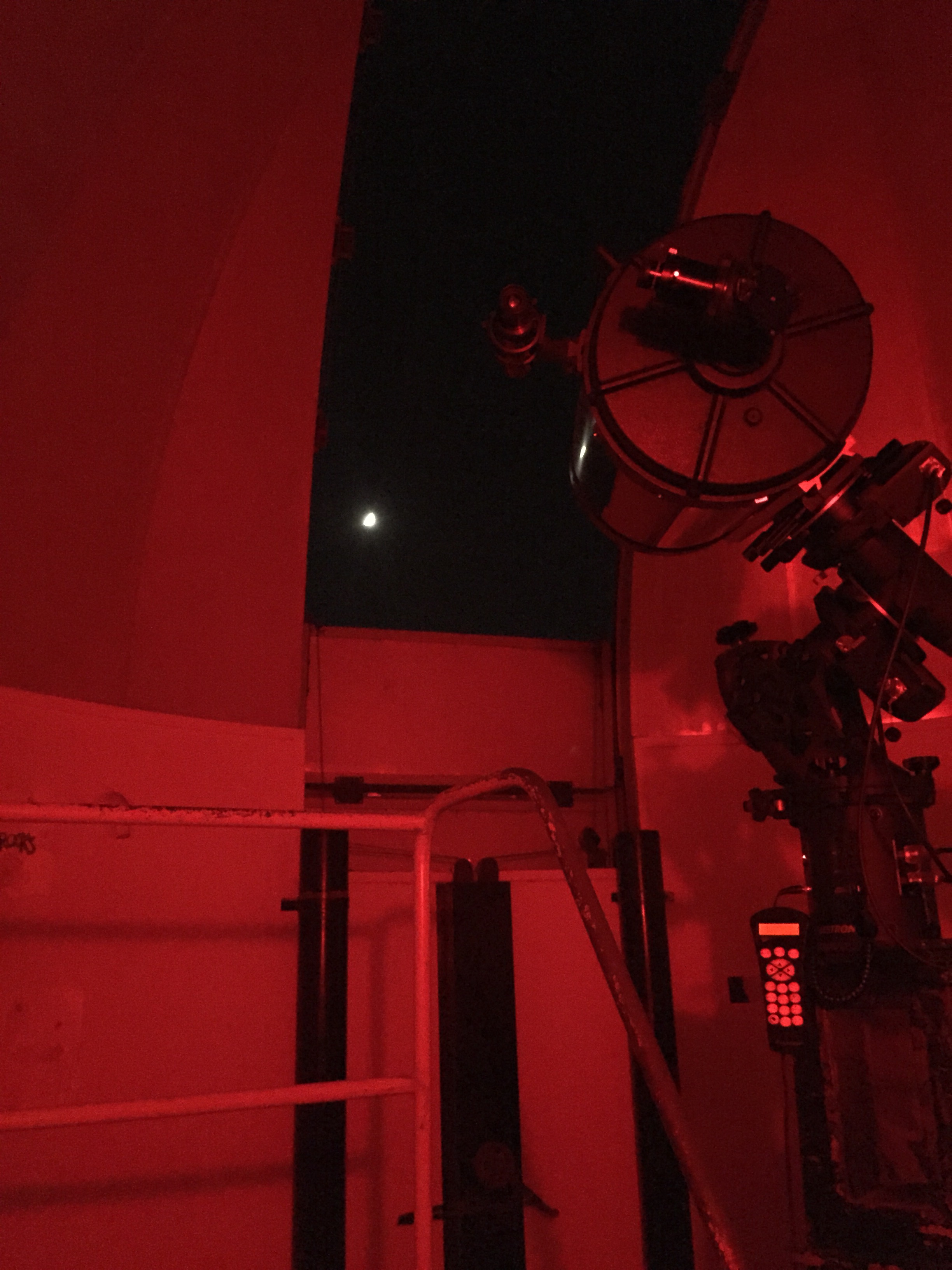 International Observe the Moon Night at UCLA was held on September 19th, 2015 at the UCLA Planetarium on the roof of the Math Sciences Building. The crowd of attendees was treated to two outstanding talks given in the planetarium by UCLA and Lunar Reconnaissance Orbiter (LRO) scientist Dr. Jean-Pierre Williams and UCLA graduate student and lunar scientist, Raquel Nuno. Attendees learned about the newest science results from NASA’s LRO mission and participated in hands-on activities describing the relative size and distance of the Moon and Earth, how the phases of the Moon occur, and were able to use an infrared camera similar to the one on LRO.

After presentations concluded, attendees were treated to view the Moon from the roof of Math Sciences through five different telescopes, including UCLA’s 14-inch observatory telescope. To see images from the event, visit the IOMN 2015 Gallery.