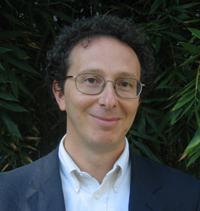 Assistant Professor Marco Velli in the Earth, Planetary, and Space Sciences department has just been named as a Fellow of the American Geophysical Union.  Marco is cited “For his pioneering work on coronal heating, the origin of the solar wind, and the theory of solar wind turbulence driven by wave reflections.”  This honor is given to members who have made exceptional scientific contributions and attained acknowledged eminence in the fields of Earth and space sciences. It is limited to no more than 0.1 percent of the total membership of AGU annually.  Marco and his 2014 Fellows will be recognized during a ceremony on Wednesday, 17 December, held during the AGU Fall Meeting in San Francisco.