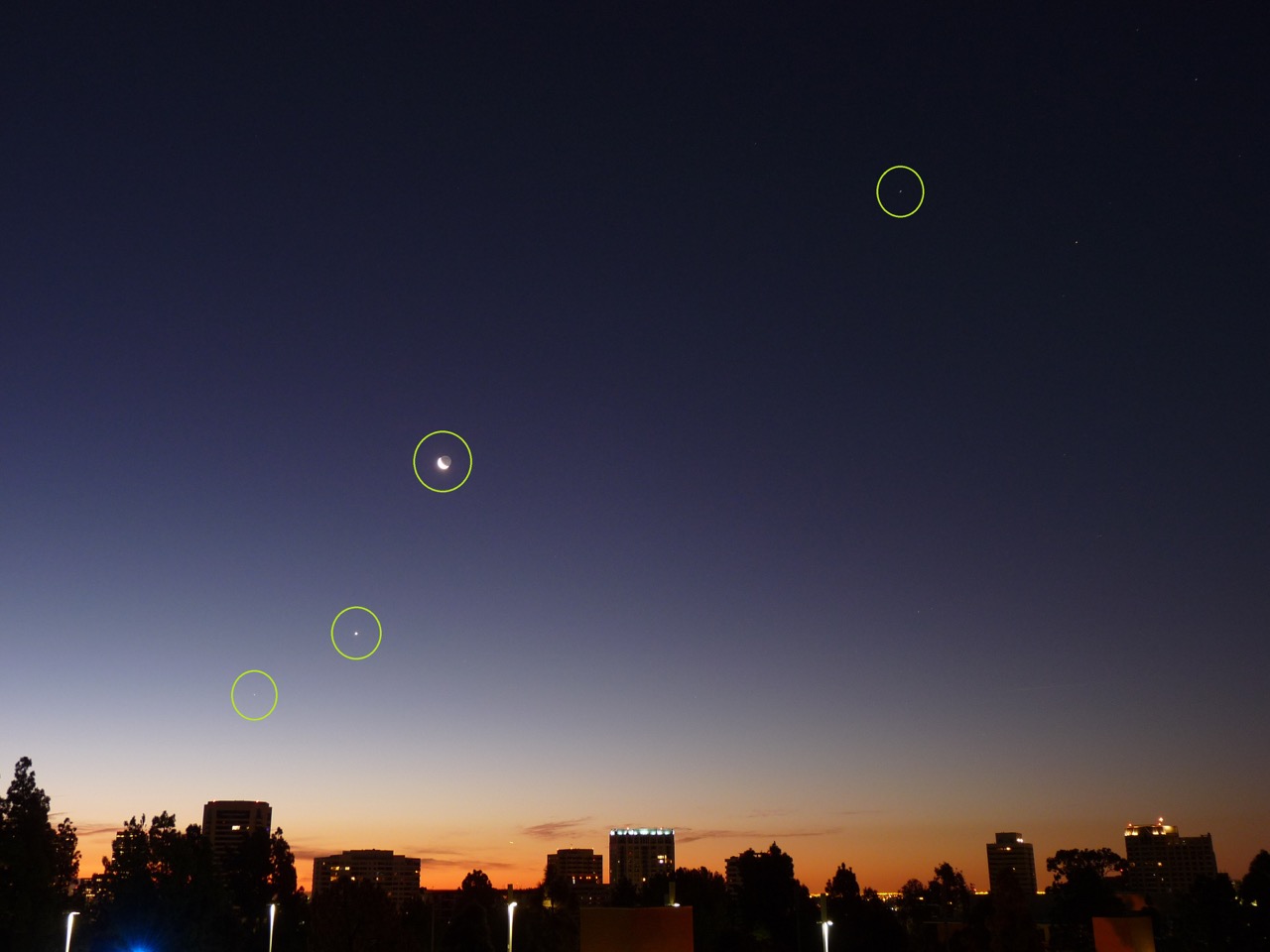 Late January and early February have provided spectacular views of the planets in the early morning sky. It is the first time that the bright planets that can be seen with the naked eye have been simultaneously visible since 2005. In their outward order from the sun, the five bright planets are Mercury, Venus, Mars, Jupiter and Saturn. They are visible because they are large and relatively close compared with other celestial objects like stars. Their surfaces and disks reflect sunlight and shine steadily, compared to the distant twinkling light that emanates from stars.

You can continue to see the planets in close to dawn until mid-February, and can take spectacular photos using a long exposure setting on your camera. The photos here are taken from the UCLA Campus, taken by UCLA researcher James Weygand. If you look very closely, you can see a sixth planet (hint: the photographer is standing on it!). To see more photos like this from around the world here: EarthSky.