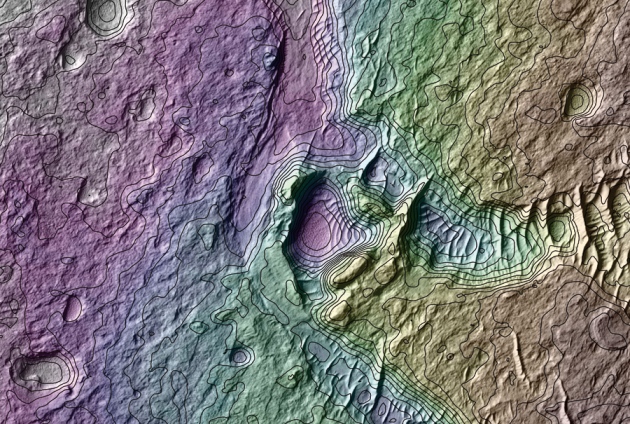 By simulating hundreds of impacts in Mars’ equatorial region, a team of scientists have determined that the ancient Martian atmosphere was likely too thin to support flowing liquid water on the planet’s surface.  The team, including iPLEX researcher Jean-Pierre Williams, identified and catalogued hundreds of large craters near the Martian equator.  They then used a computer simulation to calculate what atmospheric density would have caused the range of craters observed.  They concluded that the Martian atmosphere was 150 times thicker than today, a value that is only a fraction of the atmospheric pressure required to support liquid water.  This presents a mystery, since many Martian geological features appear to have been carved by massive flooding.  The paper’s authors suggest that the Martian atmosphere may have been temporarily thickened at times by severe volcanic activity or a large impacts that would spew large amounts of gases into the atmosphere, allowing the surface of the planet to warm up enough to allow liquid water to flow.